Among the most common misconceptions about the way a novice cybercriminal would approach his potential victims has to do with the practice of having him looking for a ‘seed’ population to infect, so that he can then use the initially infected users as platform to scale his campaign. In reality though, that used to be the case for cybercriminals, years ago, when managed cybercrime-as-a-service types of underground market propositions were just beginning to materialize.

In 2013, the only thing a novice cybercriminal wanting to gain access to thousands of PCs located in a specific country has to do is to make a modest investment in the (managed) process of obtaining it. Let’s take a peek at one of the most recently launched such services.

Sample screenshot of the service’s interface: 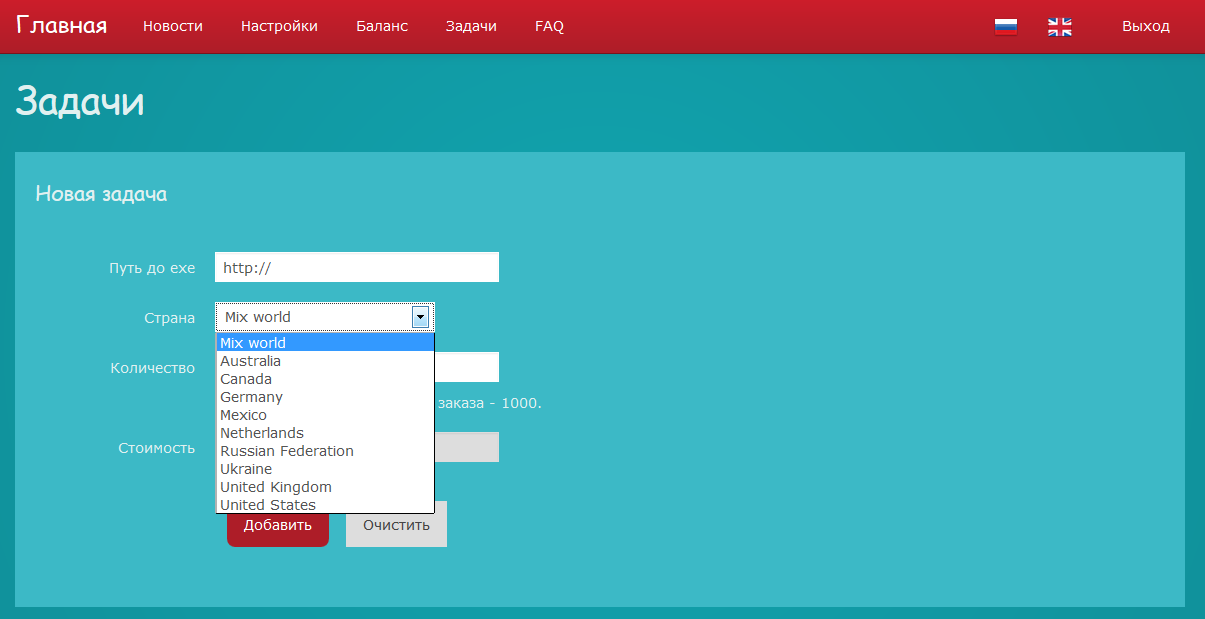 A potential customer wanting to ‘drop’ any given executable onto the hosts of users located in Australia, Canada, Germany, Mexico, Netherlands, Russian Federation, Ukraine, United Kingdom or the United States, would simply have to provide a ‘live link’ to the actual executable, choose the country of his choice — 1000 hosts minimum — pay, and have his malware dropped on hosts based in his country/countries of choice.