Today, at 2014-02-12 12:16:20 (CET), we became aware of a possible evasive/beneath the radar malvertising based g01pack exploit kit attack, taking place through the DoubleClick ad network using an advertisement featured at About.com.  Investigating further, we were able to identify the actual domains/IPs involved in the campaign, and perhaps most interestingly, managed to establish a rather interesting connection between the name servers of one of the domains involved in the attacks, and what appears to be a fully operational and running Ukrainian-based ad platform, Epom in this particular case. 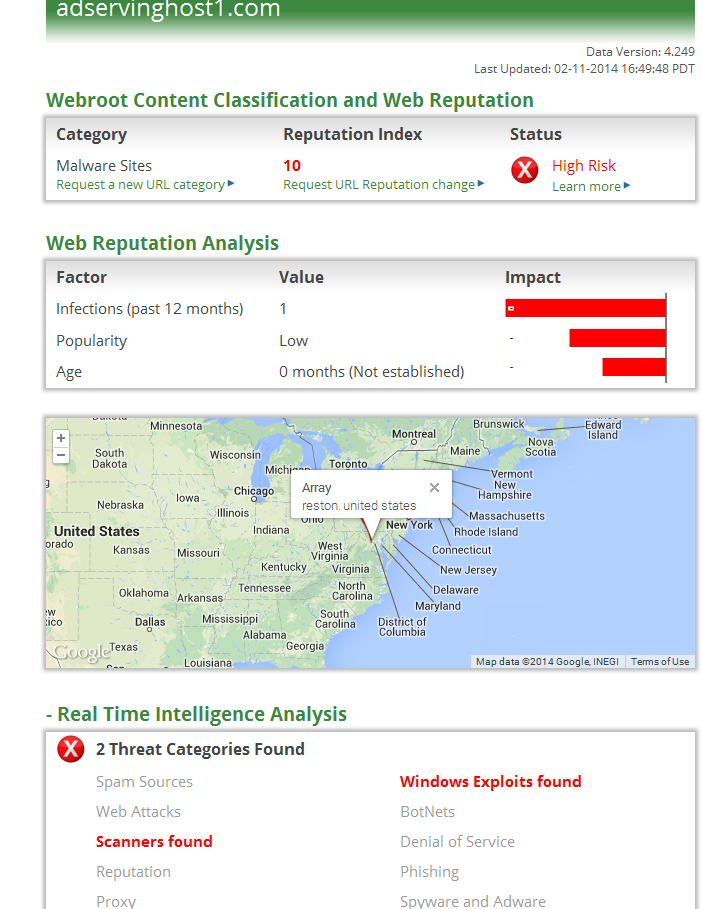 We’ll be keeping an eye on this beneath the radar malvertising infrastructure, and post updates as soon as new developments emerge.