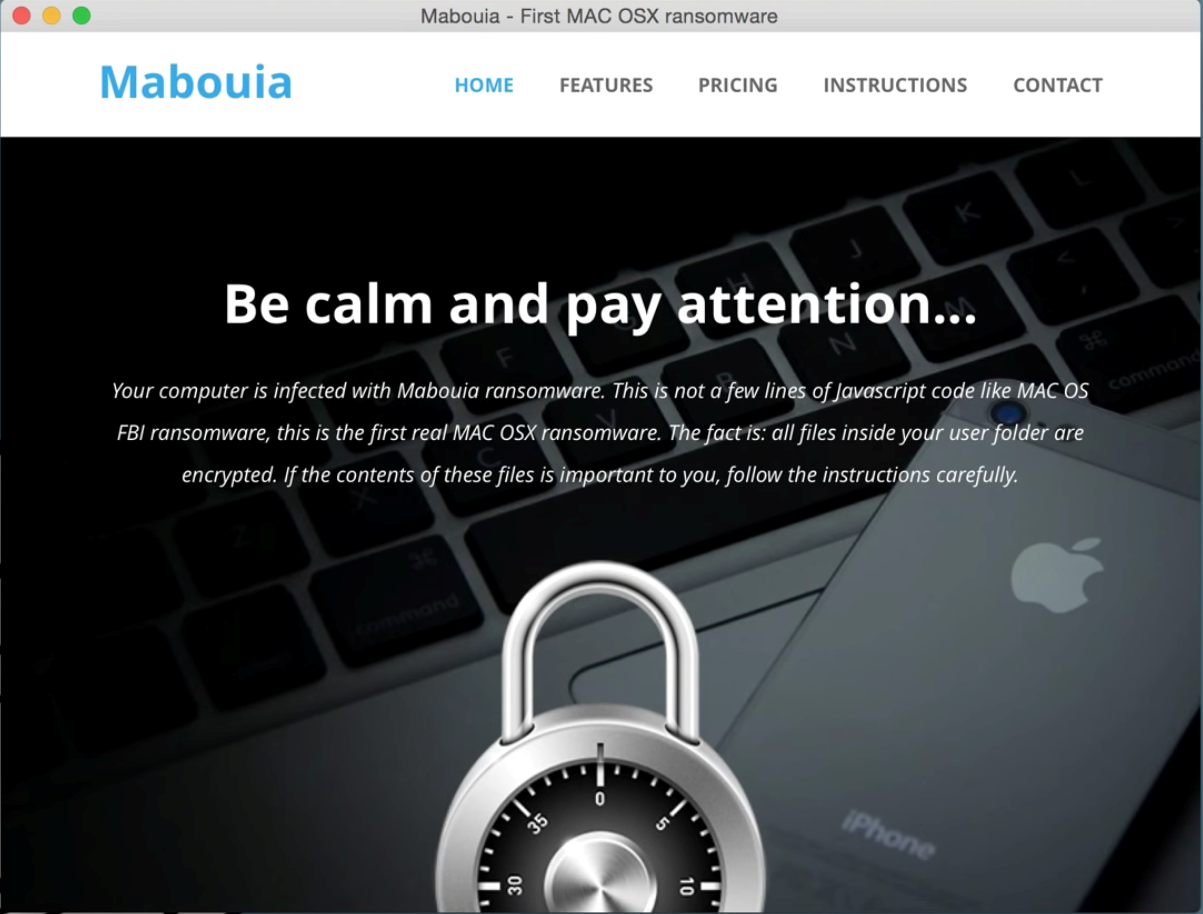 Lots of blogs, articles and posts have been circulating recently about the increase in mac malware, mostly due to the publishing of Bit9’s report. I think it is wise to clarify what is really happening in the world of malware for Macs. Yes, there has been an increase in malware but what category do they fall under? What the consumers should be aware of and what they should be less concerned with.

Most recently a Mac ransomware proof of concept was announced and as expected the media lost their minds. I have had the opportunity to speak with the creator of the POC and also was able to look into what it does along with what it means for future malware. The author is a threat researcher/developer named Rafael Marques from Brazil. His POC has brought massive attention to the security needs of OS X and the lack of concern that most people feel about Macs. His motive was not to create a malware to use in public mass but to help educate people that Macs are not as safe as they think. I asked him why he decided to create this and his response was to inform people “about the myth that there is no malware for mac”. I couldn’t agree more with him, I recently wrote a blog about the history of mac malware along with another one on how adware is bypassing popular ad-blockers. Although the program he wrote can do as intended, it would need to bypass a few security features thus making it a little more difficult but not impossible. A quote from Cory Doctorow best sums it up, “never underestimate the determination of a kid who is time-rich and cash-poor.”

This is where the public typically gets lost in the industry terms. The proof of concept that he created is malware, but most of the encounters that we come across on macs are not this intense, these are instead PUAs (potentially unwanted application). PUAs are still considered malware for the most part, but they are not really looked at as something to be as concerned with. 2015 has really been the year of PUAs. Every day I go through samples that contain a majority of these PUAs, most of which are adware. These adware programs will try to hide a legit programs and run in the background just to get you to click on annoying pop-ups. VSearch, Genieo, IronCore, Bundlore, Wedownload… These are just a few that we come across every day.

While these programs don’t cause any real harm to the system they do help in showing consumers that Macs are not invincible. Adware is more like a testing ground for malware authors, they create these to figure out ways around security and users. Once an author is aware of how to bypass all the security measures, what’s to stop them from writing a more complex threat? Of course one could argue that my intentions are to get people to buy anti-virus, but I didn’t go into this career to sell a product, I choose my path to help build security and promote it to the world. I think it is very important that people began taking Mac security serious. The next time a ransomware for mac comes out, it may not have a researcher like Rafael creating it to bring awareness, it may have someone wanting to make money on your expense.