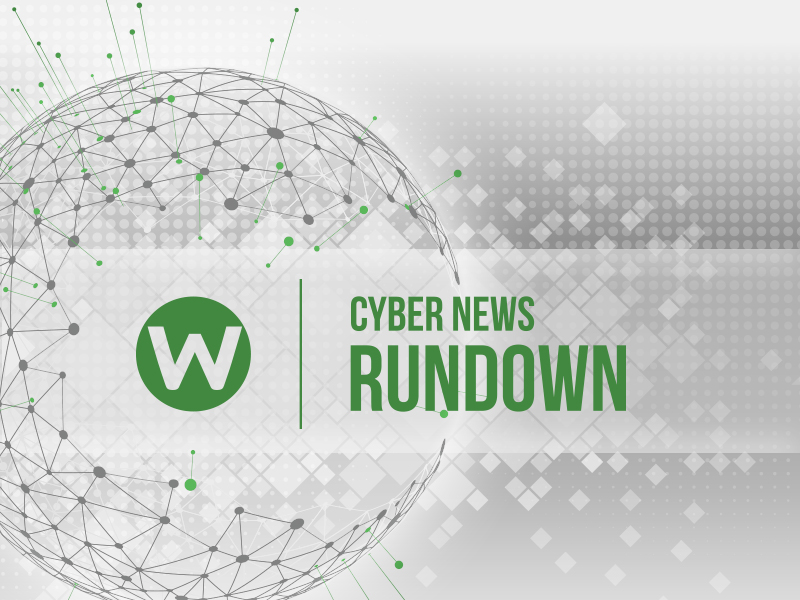 The Cyber News Rundown brings you the latest happenings in cyber news weekly. Who am I? I’m Connor Madsen, a Webroot Threat Research Analyst, and a guy with a passion for all things security. Any more questions? Just ask.

Was I the only one who wasn’t able to access my Xbox Live account earlier this week? Once again, Microsoft services were rendered inaccessible to users due to an issue with their authentication servers. The service interruption affected Outlook, Skype, and even Xbox Live not recognizing correct credentials, as we would attempt to log into the services. Fortunately for us, most services were promptly restored to working order and we were able to game-on.

We all know that ransomware isn’t a new topic (nor one that is going by the wayside), but as new variants are created, the attacks are becoming more sophisticated. With the Satan variant, malicious actors are employing new tactics. I was surprised to learn that the latest evolution introduced a service signup sheet to begin running your own ransomware campaign. Scary, right? Now we have entrepreneur malware authors refining their skills and creating ransomware. The malware authors providing this service gain revenue by taking 30% of the earnings from everyone that uses the tool to distribute ransomware.

Did you think Anonymous was on vacation? Well, they’re rested and back to playing Robin Hood. Anonymous took down over 11,000 Dark Web sites and the majority of sites in question were distributors of child pornography or offered access to illicit drugs. Their targets were also responsible for the leak of over 380,000 user records.

Our society is becoming more connected and ‘smart’ every day but sometimes things go wrong.  Over the last four months, EDF customers were paying next to nothing for their energy bills. As it turns out, the smart meters weren’t so smart and were failing to report energy usage data. Customers will receive updated bills as they’re charged for the energy usage that failed to send.

Don’t you love hearing about new ways our government is spying on us? If so, you’ll love what’s next. WikiLeaks has released an enormous trove of information regarding tools and methods used by the CIA to spy on us through our devices (again). By copying tactics used by large-scale malware samples, the CIA has created various tools to bypass secure messaging encryption or even turn IoT devices into spies! Creepy, right? And thanks to the selfie, we have two cameras that they can use.