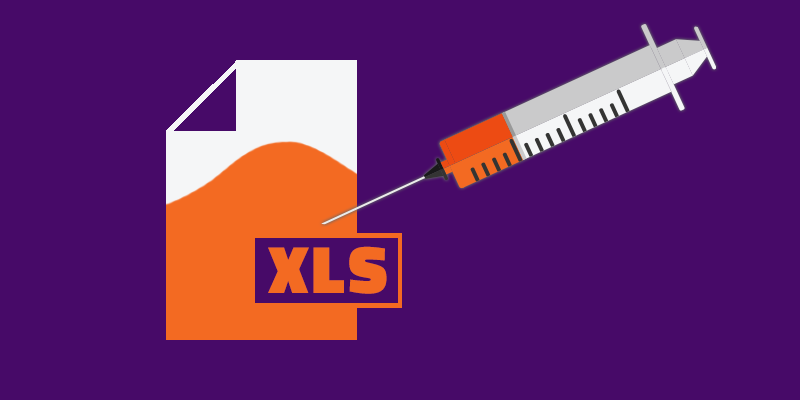 With the recent Microsoft release supporting JavaScript within Excel, it was only a matter of time before the scripting service was manipulated to mine cryptocurrency. Mere hours after the release, the first proof of concept appeared, with easy-to-replicate steps to get CoinHive functioning. While this proof of concept does require an Office Insider build to accomplish, it will likely be just as feasible when JavaScript is introduced into the publicly available version of Excel.

A relatively new ransomware variant, known as SynAck, has recently been spotted using an uncommon method for evading security measures. Using a procedure called Process Doppelganging, the malware can create a copy of a legitimate process and inject malicious code to be executed without running anything suspicious. Additionally, the malware is heavily obfuscated and targets numerous programs before encryption to shut down any running processes or tasks that may be necessary to encrypt.

Over the past several weeks, Japanese officials have been dealing with complaints from victims whose security cameras have been hacked. These attacks arose due to negligence on the part of the camera owners, who disregarded proper security practices and failed to update the default passwords on the devices. To make matters worse, the frequency of these attacks has been steadily climbing in the last couple days, and have begun to include government-owned devices on secured networks.

Researchers have recently discovered a malicious Chrome browser extension that attempts to steal account credentials for any cryptocurrency trading platform it finds on the system. By spreading through Facebook Messenger, FacexWorm can propagate quickly and begin any data gathering or cryptocurrency mining with relative ease. While most of its victims have been located in Southeast Asia, numerous occurrences have been spotted in Western European countries as well, demonstrating the extension’s reach and speed.

In a recent report based on phishing statistics over the past year, officials found that Apple iOS® users had a significantly higher chance of receiving a phishing attempt than downloading malware. With over 4000 new phishing sites being created daily and over half of all internet usage occurring on mobile devices, it’s no surprise that attackers have shifted their focus to this immense group of users, who typically lack security software for their devices and typically don’t consider mobile security necessary.

Our #WiFiSecurity #VPN app: For when you’re using risky public WiFi but still need to track that pizza delivery. 🍕 📶 https://wbrt.io/3cgieHi