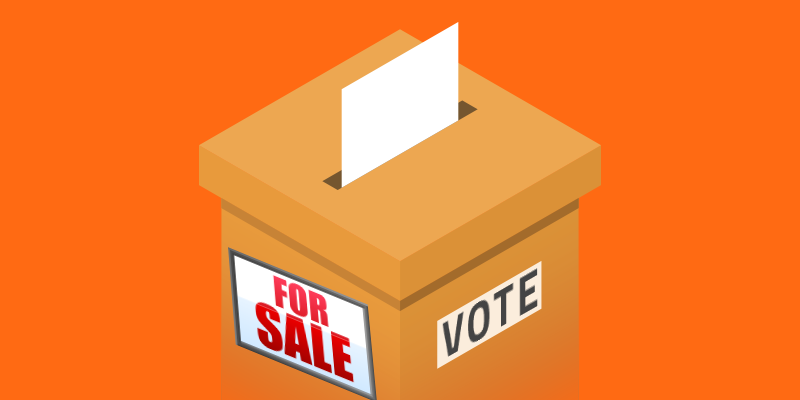 As the United States midterm elections draw closer, concern surrounding voter information is on the rise, and for good reason. Records for nearly 35 million registered voters from 19 different states were found for sale on a hacker forum, with prices ranging from $500 to $12,500, depending on the state. Unfortunately, a crowdfunding campaign has begun on the forums to purchase each database and post them publicly, with 2 states already being published.

Just a week after Hurricane Florence hit land in North Carolina, a coastline county’s water utilities fell victim to a ransomware attack. Effectively shutting down all services during a time when they are working on emergency operations left the local water authority with limited capabilities until they began the lengthy process of restoring everything from backup files. By choosing to ignore the ransom and restore manually, the utility service has taken on a more time and resource consuming task, as they continue operating without any of their online systems.

A new exploit has been discovered that allows attackers to send a malicious message to other PlayStations that will effectively render the console unusable. The message itself doesn’t even need to be opened to cause considerable damage, resulting in most users performing a factory reset to return everything to normal. While some users have been successful in deleting the message from the mobile app before it causes any harm, others still had to rebuild the system’s database.

Days after Apple released a patch for iOS 12.0 that shutdown a passcode bypass method, the same researcher was able to find yet another way to access the phone illicitly. By using a combination of Siri and the VoiceOver feature, anyone with physical access to the device could obtain pictures, and other data with ease. To make matters worse, the latest bypass also gives attackers the ability to send files to other devices and view them in full resolution, rather than minimized like the previous bypass allowed.

Over the weekend, thousands of emails were sent out to the relatively small population of Iceland, most of which claimed to be from the local police and threatened judicial action if they did not comply. The email then linked victims to a nearly perfect replica of the official Icelandic Police website and requested their social security number. The attack itself was focused on gaining bank details and further compromising already infected computers for more information.