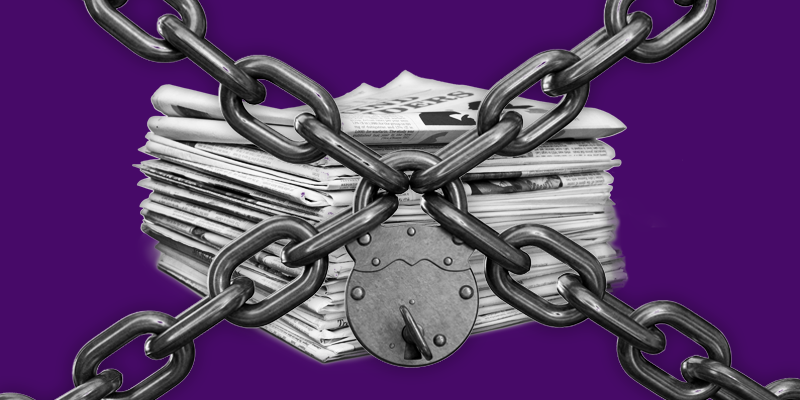 Nearly all news publications owned by Tribune Publishing suffered disruptions in printing or distribution after the publisher was hit by a ransomware attack. Many of the papers across the country were delivered incomplete or hours or days late. Even some papers that had been sold off to other publishers in previous years were affected. Fortunately, digital and mobile versions of the newspapers were untouched by the attack, allowing users to view local news as normal online.

The hacker previously responsible for hacking thousands of printers and directing them to print ads in support of PewDiePie, the world’s largest YouTuber, has now started using unsecured smart devices to continue the campaign. In addition to requesting the “victim” subscribe to PewDiePie, the hacker’s main message is to bring light to the extreme lack of security many of us live with daily. By using the standard ports used by smart TVs to connect to streaming devices, the hacker has even created scripts that will search for these insecure ports and begin connecting to them.

One of the largest alcohol retailers in California, BevMo, recently announced they’ve fallen victim to a credit card breach on their online store. The breach lasted for nearly two months, during which time customer payment card data for nearly 14,000 customers was illegitimately accessed. While officials are still unclear as to who was behind the breach, it is likely related to the MageCart attacks that appeared across the globe during the latter half of 2018.

An independent security researcher recently discovered a server that was allowing unauthenticated access to sensitive documents for well over two million users. The exposed information included names, email addresses, IP addresses from prior logins, and even their account password, though the company has remained firm that the passwords contained within their accounts are still secure. Since the reveal, Blur’s parent company, Abine, has prompted users to change their main passwords and enable two-factor authentication, if they had not already done so.

Nearly $750,000 worth of Bitcoin was stolen from Electrum wallets in an attack that began only a few days before Christmas. By exploiting a previously documented vulnerability, the hackers were able to inject their own server list into the connections made by the Electrum wallet and successfully rerout their victims to another server, where they were then presented with a fake update screen. By moving forward with the “update,” malware was promptly downloaded to the device and users could then enter their wallet credentials, only for them to be stolen and their accounts drained.