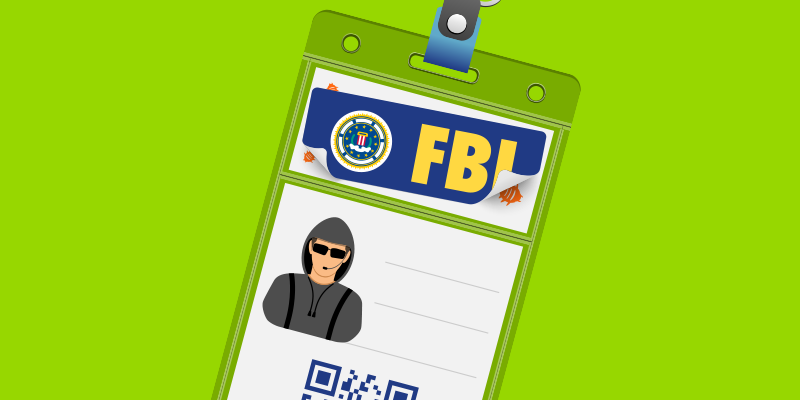 A new email phishing campaign has been making its way around the web that claims to be from “FBI Director Christopher Wray,” who would love to assist with a massive wire transfer to the victim’s bank account. Unfortunately for anyone hoping for a quick payday, the $10 million check from Bank of America won’t be arriving anytime soon, unless they are willing to enter more personal information and send it to a Special FBI agent using a Yahoo email address. While most phishing campaigns use scare tactics to scam victims, taking the opposite approach of offering a large payout seems less likely to get results.

Following the many Magecart attacks of recent years, a new payment skimming script has been found that allows attackers to compromise almost any online checkout page without the need to customize it for the specific site. The script currently works on 57 unique payment card gateways from around the world and begins injecting both the loader and the exfiltration script when the keyword “checkout” is searched for in the address bar.

Scammers are now turning towards Google Ads to post fake phone numbers posing to be customer support for popular websites such as eBay and Amazon. These phone scammers will often tell those who call that there is something wrong with their account and ask for a Google Play gift card code before they can help. The ads will look as if they are legitimate which causes confusion to those who call the phony numbers listed.

Shortly after discovering that their systems had been breached, Citycomp announced they would not be paying a ransom for a large chunk of stolen client data. Unfortunately for Citycomp, the hackers decided to make the data publicly available after not receiving their requested $5,000. Amongst the stolen data is financial and personal information for dozens of companies for which Citycomp provides infrastructure services, though it may only be an initial dump and not the entire collection.

The Saint Ambrose Catholic Parish in Ohio recently fell victim to email scammers who took nearly $2 million from the church currently undergoing a major renovation. The scammers targeted monthly transactions made between the church and the construction company by providing “updated” bank information for the payments and sending appropriate confirmations for each transfer. The church was only made aware of the breach after the construction company called to inquire about two months of missing payments.