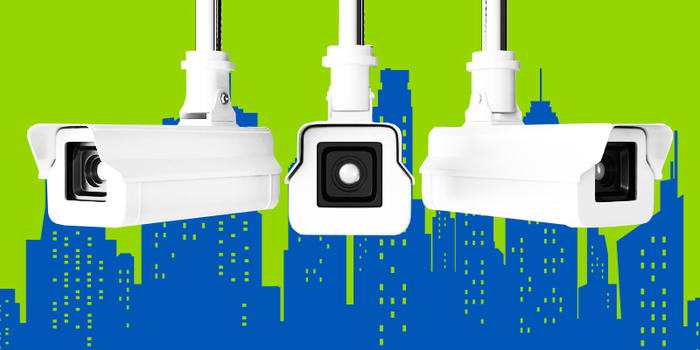 Cities are expanding their technological reach. Many of their efforts work to increase public protections, such as using GPS tracking to help first responders quickly locate the site of a car accident. But, in the rush for a more secure and technologically advanced city, privacy can fall by the wayside. We’ve reviewed the top cities around the world that are using technologies that may invade citizens’ privacy, so you know what to expect and what you can do.

China is infamous for its mass surveillance, with Beijing often serving as a testing ground for new surveillance software. The Chinese government uses internet monitoring, GPS tracking, and the “world’s biggest camera surveillance system”, with more than 170 million CCTV cameras to monitor the country’s populace. These CCTV cameras are backed by powerful facial recognition algorithms, which can track an individual down in just seven minutes. It is safe to say that you are probably being monitored anywhere you travel while in China, but a general rule is that, the higher the population, the more surveillance there is.

The town of Yizhuang has more than 2,243 high definition security cameras, 277 vehicle recognition cameras, and 267 facial recognition cameras. It also features six patrol vehicles with mobile cameras, and enforcement officers equipped with video capture equipment. Each of these cameras is sending live video streams to a main control center 24/7—all to monitor a single 11-square-mile suburb of Beijing.

Beijing is also preparing to roll out a social credit system in 2020. This system will award personal trustworthiness points to citizens and businesses based on their financial credit scores, as well as their personal and professional behavior. In the meantime, how the Chinese government plans to use this system to reward or punish its citizens remains a mystery.

Not one to be outdone, Russia has also embraced mass CCTV surveillance. Moscow alone has more than 170,000 cameras, making it the most surveilled city in Russia. Facial recognition software is paired with this massive network of cameras to track down persons of interest, though exactly what defines a “person of interest” is somewhat nebulous. In fact, Moscow officials recently admitted that they “can now trace the debtors’ movements,” thanks to this massive network of CCTV cameras. He declined to comment on the number of debtors who have been traced using this technology, nor the severity of their debts.

Darwin, Australia is piloting a surveillance system similar to the technologies used in China, with some warning that it could evolve into a social credit system. Darwin has installed poles throughout the city outfitted with speakers, cameras, and WiFi. These monitoring stations track people and their movements all around the city, and are aided by facial recognition software. They can even respond to triggers, such as when a specific individual breaches a “virtual fence.”

“We’ll be getting sent an alarm saying, ‘There’s a person in this area that you’ve put a virtual fence around.’ … Boom, an alert goes out to whatever authority, whether it’s us or police to say ‘Look at camera five,’” said Josh Sattler, the Darwin Council’s General Manager for Innovation, Growth, and Development services in an article with NT News.

This system also tracks mobile phone use, web traffic, and mobile app usage—but only to help local businesses, of course.

“[It will tell us] where people are using WiFi, what they’re using WiFi for, are they watching YouTube, etc., all these bits of information we can share with businesses… we can let businesses know ‘Hey, 80 percent of people actually use Instagram within this area of the city, between these hours,’” said Sattler.

In an effort to assist its police force, NYC has turned to the world’s largest surveillance technology company—the Chinese state-owned Hikvision—to install the same surveillance tools being used in China. Thousands of surveillance cameras have been operating in New York City since 2014, using the same facial recognition software that enables law enforcement in Beijing to locate and track individuals within the city. These cameras are equipped with infrared sensors that help capture high resolution images even in very low light. The NYPD has direct access to this surveillance network, and monitors the footage remotely to avoid showing an obvious police presence. The full extent of the surveillance in New York is unknown, but reports indicate the NYPD is using these products on a “large scale.”

Hillsboro, Oregon is the smallest city on this list, with a population of just over 100,000. So why is such a small town on the same list as places like Beijing, Moscow, and New York? The Washington County Sheriff’s Office, which presides over Hillsboro, recently became the first law enforcement agency in the United States to use Amazon’s AI-powered facial recognition tool, Rekognition. As this is the first real-world test of this technology, its accuracy is hotly debated. Many experts argue that this technology will likely lead to the wrongful arrest of innocent people whose only crime is bearing a resemblance to the accused.

More than 300,000 mug shots taken at the Washington County jail have been uploaded into the Rekognition system. These pictures can be cross-referenced with images from a security camera, social media accounts, or even a deputy’s mobile device—without requiring a warrant. More than 1,000 facial recognition searches were logged into the Rekognition system by the Washington County Sheriff’s Office, but public records requests show that only nine official case reports mention the use of the tool. Washington County deputies are under no imperative to note when facial recognition software assisted with an arrest, so we have no way to judge how accurate the system is.

While the only way to avoid detection through the facial recognition algorithms is to hide or alter your face, there are some precautions you can take to protect your privacy when visiting these cities. As an example, you can easily obscure your digital traffic, which can help prevent the kind of tracking reported in Darwin. Strong encryption is your best protection against privacy invasive cities. Research a reliable VOIP and text messaging encryption service, and invest in a trusted VPN to shield your web and mobile traffic. Encryption may not stop state actors from intercepting your data, but it will make it nearly impossible for them to interpret it.

Have other tips for protecting your privacy while traveling? Let us know in the comments.