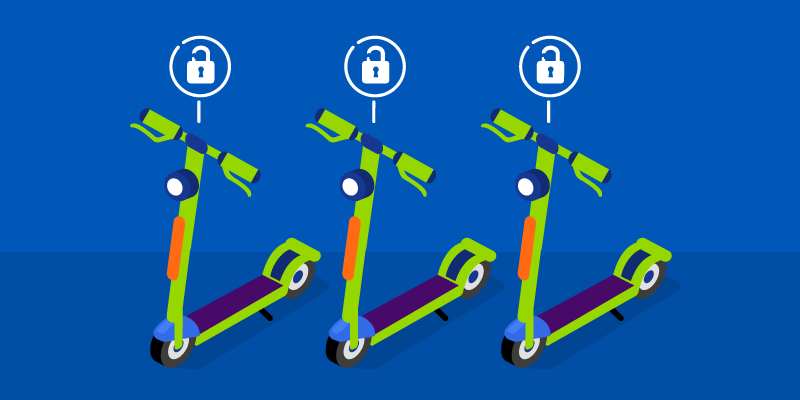 A security researcher recently found an API vulnerability within the software of Voi e-scooters that allowed him to add over $100,000 in ride credits to his account. The vulnerability stems from a lack of authentication after creating an account which allows users to enter an unlimited number of promo codes offering ride discounts through several of the service’s partners. The writeup of steps to replicate flaw was temporarily taken down by the researcher until the company resolves the issue.

Thousands of sites using Volusion software have been affected by malicious MageCart scripts going back to mid-September. The scripts have been running from a non-descript API bucket and are using filenames that would appear benign to most security software and site admins. While victims will likely begin monitoring for stolen payment card data, it is still unclear how many sites have been compromised in total.

A database containing extremely sensitive information belonging to more than 92 million Brazilian citizens was found up for auction on several marketplaces on the dark web. Included in a sample of the data were driver’s license numbers and taxation info for the 93 million Brazilians currently employed within the country. Unfortunately for those involved, Brazil’s recently introduced data protection law won’t be in effect until halfway through next year.

Twitter announced earlier this week that many email addresses and phone numbers customers were using for two-factor authentication had been provided to third-parties for use in targeted advertisements. The company is still working to determine how many users are involved in this apparently unintentional misuse of their sensitive information. Twitter has fixed the main issue, though they still require a phone number for 2FA regardless of the method used to verify the account.

Following a cyber attack in August of this year, officials discovered evidence of multiple intrusions into their systems going back nearly three years. The health organization has been working with law enforcement to determine the extent of the unauthorized access, as well as attempting to contact all affected individuals.