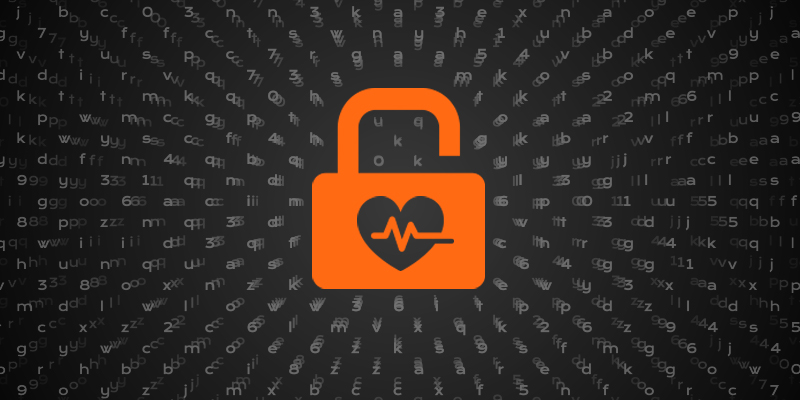 Why Healthcare Organizations are Easy Targets for Cybercrime

Certain types of cybercrime targets always make headlines. In this two-part series, we’ll get into a pretty serious one: your health, and why hackers are targeting the healthcare industry for profit.

The Short Answer: Medical Data is Worth a Lot

Stolen medical data is valuable, plain and simple. In a Phishlabs study from 2014, healthcare-related credentials were valued at 10 times the worth of stolen credit card numbers on the dark web. The data for sale typically includes names, birthdays, relevant policy numbers, billing details, and more. Criminals can use this data for anything from identity theft to insurance fraud and more.

“An average hospital room will have between 15 and 20 medical devices, and almost all of them will be networked.” – Rick Reid, Aruba Networks

Most hospitals are very large organizations. Even smaller hospitals have hundreds of staff members, while larger institutions, such as my local hospital in Dublin, have over 3,000. The sheer number of patients, visitors, and contractors on site at any one time would give any admin team a challenge to monitor, never mind secure.

Endpoints and Devices are Disparate and Often Unsecured

The variety of connected devices in a given hospital environment also presents a host of security challenges. Modern IoT medical devices, such as wearable monitors, operate on the same network as ancient un-patchable devices which were developed without any security considerations by companies that have since closed. These factors combine to provide plenty of avenues for attackers to infiltrate sensitive systems.

According to Christopher Neal, CISO of Australia’s largest operator of private hospitals, Ramsey Healthcare, unsecured medical devices will continue to be a problem in the industry for years to come. After a security audit of the company, which consists of around 30,000 employees and around 9,500 beds, Neal stated:

“[We found] a lot more equipment with default credentials, default configuration, sitting not on the corporate network but [in] DMZs… Anything you’re buying today has not been built secure-by-design, most likely. This is a problem that’s going to live in healthcare for another 15 to 20 years.”

Even keeping a typical Windows® computer secure is tricky in an environment where updating operating systems is notoriously slow. Hospitals worldwide are clinging onto the less secure Windows® 7 and Windows® XP platforms. Unfortunately, the reluctance to upgrade OS’s brings significant security risks; in our own research, we’ve discovered that systems running Windows 7 and older are at least twice as likely to become infected as those running the newer and more secure Windows® 10 operating system.

Learn how ongoing cybersecurity education and training for end users is a must for businesses to stay secure.

The Operational Structure is Disjointed

Hospitals are complex and sometimes chaotic places. Institutions with a lot of non-elective admissions, especially public hospitals, are usually crowded. A single campus might contain many different hospital organizations, each with its own units, wards, offices, etc. All of these share data between them.

As you might imagine, management structures for such hospitals are very complicated, especially in Europe, where public hospitals are more common than in places like the U.S. Many public health facilities communicate with each other, while, above them, a large national health service coordinates and facilitates data sharing. As a result, planning and implementing security initiatives is often both challenging and slow.

Medical institutions are also targeted for the purpose of stealing research. Medical research can take many years and cost millions to develop, but it can be stolen in minutes. Motives for stealing research may vary, but most are financially based. For instance, some attacks may be state-sponsored initiatives to outpace other nations in pharmaceutical research and, thereby, bring new drugs to market before competitors. Others may simply be to hold potentially life-saving research for ransom or sale to the highest bidder.

Delays or disruption at a care facility could seriously impact patient care or even cost lives. Hospitals simply can’t afford the outages, downtime, or general post-breach scrambling that an attack would cause, making them “easy money” for criminals. That’s why, when we hear about attacks on healthcare organizations, they usually involve some kind of ransomware—hospitals often have no choice but to pay the ransoms. Unfortunately, all targets would seem to be fair game, and reports of attacks on cancer support organizations, cardiology units, and children’s hospitals are not out of the ordinary.

In his book, Black Box Thinking, Matthew Syed outlines how medicine lags far behind other (similarly complex) industries, such as aviation, when it comes to learning from mistakes and improving safety. Syed asserts that the litigation and shame associated with failures in healthcare has led to a negative culture in an industry that tends to bury bad stories, instead of tackling them head on. The healthcare sector is also legally more culpable for any data breaches and is at greater risk from any resulting costs.But it’s not all bad news. Although the gears of government and healthcare may move more slowly, a lot of security-related changes are happening in the sector. For example, the much-maligned NHS in the U.K. has implemented major changes since the WannaCry attacks of 2017. Wide-ranging investigations were undertaken and costly and far-reaching initiatives were put into practice. In fact, the digital wing of the NHS now offers advice to other state healthcare groups on how to tighten up defenses against this global scourge.

To learn more about how criminals are targeting the healthcare industry, as well as what needs to be done about it, check out the second installment of this blog: Healthcare Cyber Threats That Should Keep You up at Night.

How can companies improve their #cybersecurity in 2021? Prioritize communication, keep employees informed, address all vulnerabilities, and more: https://wbrt.io/2XCqMCJ

SMBs need effective and easy-to-use #cybersecurity to protect them from modern threats.

Learn about Webroot Business Endpoint Protection: an affordable, automated #endpointsecurity solution that is simple to deploy, run, and manage: https://wbrt.io/2b61mtC