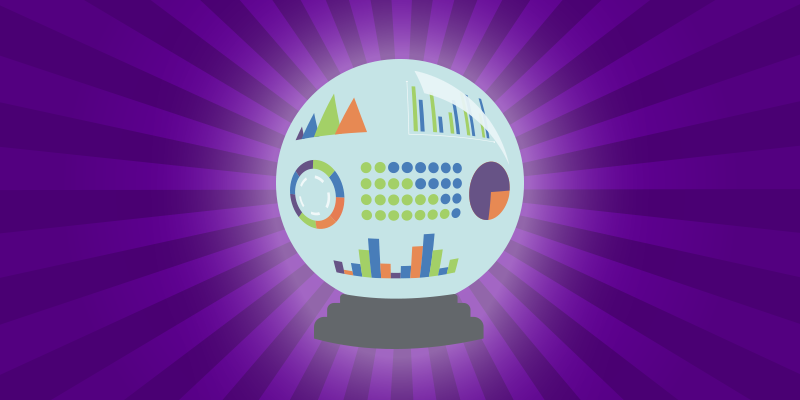 Cybersecurity Predictions for 2020: What Our Experts Have to Say

As the year draws to a close, the cybersecurity analysts at Webroot and Carbonite pull out their crystal balls to make their predictions for the year ahead.

Our experts predict many of the trends they’ve been tracking throughout the year—well-researched attacks, RDP compromise, and the importance of user education—will continue into the New Year. But they’ll be affected by new industry developments such as impending privacy regulations, AI-enabled attacks, and attacks targeting developing nations.

Unsurprisingly, our experts predict the strong trend toward highly targeted ransomware will bleed into 2020.

High-effort, low-volume surveillance techniques are now favored by ransomware operators like the Bitpaymer Group, which has been known to customize ransomware only hours before deploying an attack, first tailoring it to observations gathered on their targets.

We should expect actors like these to continue to gain access to networks from where they can observe financial transactions and valuable information before determining the most profitable way to strike at their intended targets.

Phishing will likely also become more targeted as data collected from breaches is incorporated into phishing emails. Things like passwords and recent transactions can go a long way in convincing people an email is legit.—Grayson Milbourne, Security Intelligence Director, Webroot

Long-Awaited Privacy Legislation Will Finally Arrive in the U.S.

We expect that privacy and security will continue to jockey for primacy of concern in the minds of U.S. citizens. California, which has long led the fight for more stringent data privacy for consumers, is set to enact a law in early 2020 that has often drawn comparisons to Europe’s GDPR.

As noted by Tech Crunch, California’s new data privacy act, like GDPR, will extend to all organizations that do business with Californians, effectively making it the law of the land nationwide. But Webroot Product Marketing Director George Anderson predicts a groundswell of support among U.S. citizens for stricter data privacy regulations.

“U.S. citizens will step up their demands for privacy in 2020,” he says. “Privacy legislation in the U.S., which has lagged behind other nations, will be a central issue.”

But rather than settling for a new set of standards, Anderson wouldn’t be surprised if entirely new revenue models are explored. Models that rely less on selling personal data than, say, subscription fees or some other alternative.

“I would expect an alternative paid for services that don’t abuse data will emerge, Anderson says. “The existing, untrusted purveyors of convenience will try to pivot, but ultimately lose out heavily. Legislation and technology are starting to converge due to so many abuses of privacy.”

“Adversarial attacks against AI-based security products will likely grow in scope and complexity, which would highlight the fact that  there are fundamentally two types of AI in cybersecurity: AI which acts like a smarter conventional signature and AI which is built into every facet of an intelligent, cloud-based platform capable of cross-referencing and defending itself against adversarial attacks.” —Joe Jaroch, Senior Director of Cybersecurity Strategy, Webroot

Small and Medium-Sized Businesses will Bear the Brunt of Cyberattacks

Findings regarding cybersecurity readiness among small and medium-sized businesses (SMBs) continue to be grim. Despite commonly falling victim to data breaches and other attacks, an attitude still pervades that they are either too small to catch the eye of cybercriminals or that their data isn’t valuable enough to warrant an attack.

In a study conducted by Webroot and 451 Research, 71 percent of SMBs admitted to experiencing a breach or attack within the previous 24 months that resulted in “operational disruption, reputational damage, significant financial losses or regulatory penalties.”

According to Webroot Security Analyst Tyler Moffitt, that trend is unlikely to abate.

“We expect that SMBs will continue to be targets for cybercriminals because, just like the public, education, and healthcare sectors, they maintain the same vulnerable environment. They’re low budget, understaffed, and often under-educated on matters of cybersecurity.”

Findings from the 451 Research report confirm Moffitt’s suspicions. A full 36 percent of SMBs surveyed in that study reported that they had no full-time staff on hand dedicated to cybersecurity.

“The SMBs typically targeted have under 50 employees, and it often falls to a lone IT admin or someone in finance or sales to shore up cybersecurity at the company,” Moffitt says. “Almost always it’s a person who wears many hats and doesn’t have much of a budget or expertise.”

It’s the easily overlooked yet easily exploited security gaps like an unsecured RDP that most worry Moffitt. Without dedicated cybersecurity consulting, these can easily be exploited, yet they are easy to fix.

“Expect to see more attacks against less developed nations. Attacks like this don’t generate revenue, rather they are meant to disrupt and destroy” —Grayson Milbourne, Security Intelligence Director, Webroot

We Want to Hear Your 2020 Predictions

Are these the developments you expect to see to kick off the new decade? Have some other ideas? We want to hear what hacks, news stories, or trends in cybersecurity you anticipate in the New Year. You can read additional predictions from our staff for the year ahead, plus submit your own, on the Webroot Community. Click here to visit the Community and share your 2020 predictions.