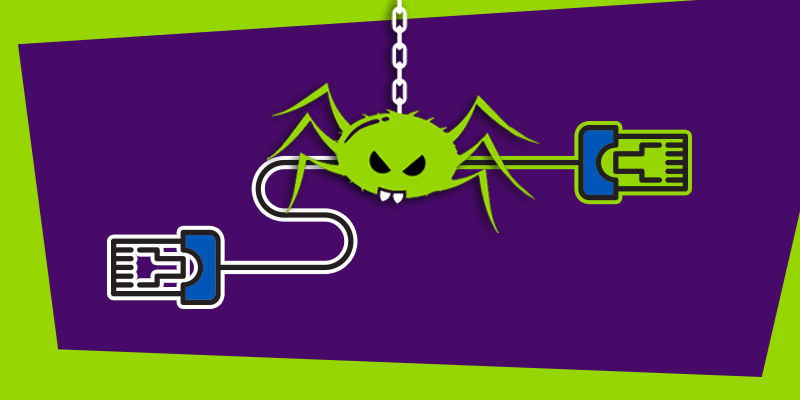 The latest variant of the devastating Ryuk ransomware has been spotted with a new feature that allows it to turn on devices connected to the infected network. By taking advantage of Wake-on-Lan functionality, Ryuk can is able to mount additional remote devices to further its encryption protocols. While it’s possible to only allow such commands from an administrator’s machine, those are also the most likely to be compromised since they have the largest access base.

Learn more about ransomware infections and how to protect your data from cybercrime.

Over the course of six years, two individuals were able to successfully hack into many hundreds of bank and phone accounts with the intent to commit fraud. With the information they gathered, the two were also able to open new credit accounts and take out significant loans to purchase extra tech hardware. Officials for the London Metropolitan Police have made it known that cybercrime is taken just as seriously as any other crime.

Following a series of “blue screens of death” (BSoDs) on a medical company’s network, researchers identified a cryptominer that spread to more than 800 machines in just a couple months. The payload, a Monero miner, was hidden within a WAV file that was able to migrate undetected to various systems before executing the payload itself. To spread efficiently, the infection used the long-patched EternalBlue exploit that had not yet been updated on the network in question, thus leaving them fully susceptible to attack.

Thousands of business professionals from the UK have potentially fallen victim to a data leak by the major consulting firm CHS. A server belonging to the company was found to contain passports, tax info, and other sensitive information that could have been archived from background checks within an unsecured Amazon Web Services bucket. While it is still unclear how long the data was available, researchers who discovered the leak quickly contacted both CERT-UK and Amazon directly, which promptly secured the server.

Over the last week officials for P&N Bank in Australia have been contacting their customers concerning a data breach that occurred during a server upgrade in early December. Though personally identifiable information has been exposed, it doesn’t appear that any accounts have been illicitly accessed and relates more to a customer’s contact information. A total number of affected customers has yet to be confirmed.