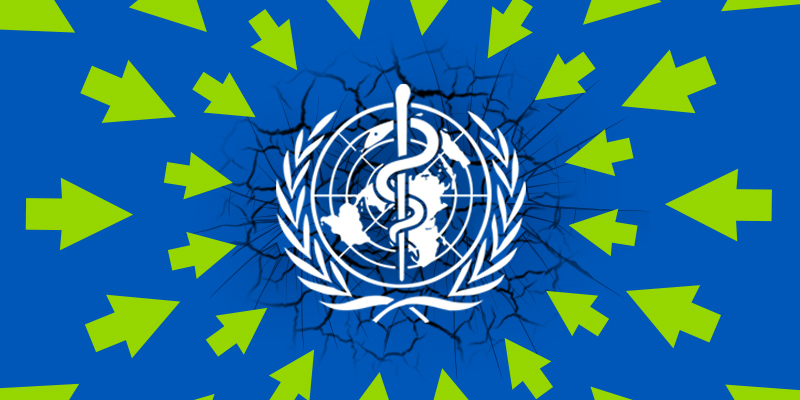 Cyber News Rundown: WHO Under Cyberattack

Officials for the World Health Organization (WHO) have announced that many of their sites and servers have been under attack by unsuccessful hackers trying to capitalize on the latest health scare. The attack stemmed from the use of several malicious domains that attempted to gain sensitive information and credentials from WHO employees. Thousands of other malicious domains have been created over the last few weeks to exploit the uninformed victims of the Coronavirus outbreak.

The creators of TrickBot have developed a new mobile app called TrickMo, that can silently circumvent two-factor authentication that is used by various mobile banking apps. The malicious app is used mainly to intercept authentication tokens, once it is installed on the victim’s device. Currently, the TrickMo app is targeting German individuals and using the name “Security Control” to disguise any ulterior motives, and even sets itself as the default SMS app, in order to steal additional information.

Over 56 new malicious apps have been spotted on the Google Play store, with a combined 1.7 million installations on devices across the globe. To make matters worse, a large portion of the apps were targeted specifically at children and used native Android functionality to imitate typical user actions to boost ad revenue. Many of the apps took extreme measures to avoid being uninstalled by the users, though Google itself has since removed all of the related apps from the Play Store.

A website offering fake Coronavirus vaccine kits that were claiming to be approved by the WHO has been shutdown following a ruling by a federal court. The operator of the site has been accused of committing fraud and the hosting service has received a restraining order to stop public access to the site. The site in question, “coronavirusmedicalkit.com” offered the fake kits with users only paying for shipping and entering their payment card data.

The main website for Tupperware was recently hacked and used to host Magecart code to steal payment card information. The malicious code was first discovered at the end of last week, but was still active nearly a week later, even after multiple attempts to contact the company. Magecart has been a wide-spread issue for online retailers over the last couple years, and still maintains a large presence due to their ease of use and continuing success.