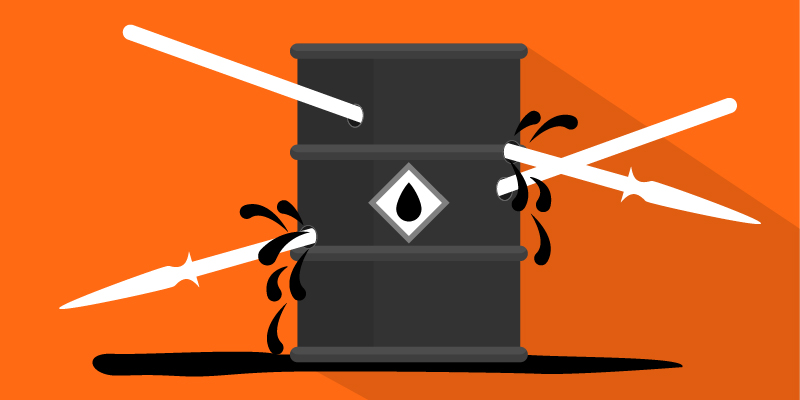 With the recent crash in oil prices, and supply rapidly piling up, a new spear phishing campaign has begun targeting executives at several major oil producers. A massive number of emails started being distributed in late March, without the telltale signs of amateur phishing like bad spelling and grammar. Furthermore, the emails appeared to be from a sender with knowledge of the oil and gas industry. Two documents within the emails posed as bid contracts and proposal forms but were used to deliver the final payload, a trojan called Agent Tesla, which is a malware-as-a-service that can perform a variety of malicious activities on a system.

Several dubious third-party software affiliates have been spotted distributing a campaign targeting antivirus users, prompting them to renew their subscription through the affiliate’s link, thus netting them additional revenue. Most affiliate programs have strict guidelines as to how the company can promote the affiliated software, and purposely misleading customers can lead to major penalties. Emails displaying expiration notices for Norton and McAfee have both been identified. With a percentage commission, the affiliate could be earning up to 20% of the purchase price for each fraudulent sale.

PrimoHoagies, a Philadelphia-based sandwich chain, was the unsuspecting victim to a data breach that went undetected from July 2019 until this February. The breach affected all online sales during that time period, though no in-store purchase data was compromised. By April, the company released an official statement regarding the breach. But the admission came only days before a data security lawsuit was filed by a customer who had seen fraudulent charges on his credit card.

After nearly five years of operation, the creators of Shade ransomware have decided to close shop and give out nearly 750,000 decryption keys along with an apology for harm done. While most ransomware variants tend to purposely avoid Russia and Ukraine, Shade focused specifically on these two countries during its run. Though the many decryption keys and master keys have been made public, the instructions for recovering the actual files are not especially user-friendly and a full decryption tool has not yet been released.

One of the largest pharmaceutical companies in the U.S. recently suffered a ransomware attack that not only encrypted their systems but also gain access to a trove of highly sensitive personal information belonging to thousands of clients. It is believed that the attack started with in mid-March with phishing emails targeting specific employees with the widest access to internal systems. At this time, there is no confirmed decryption tool for the ransomware variant used and the company has begun contacting affected customers.