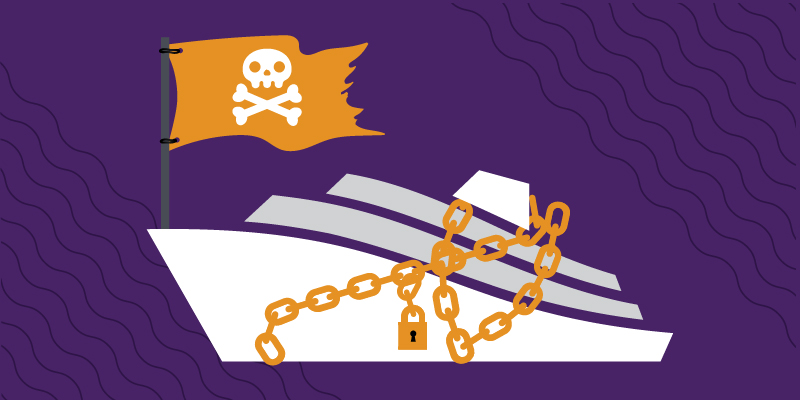 Officials for Carnival Cruises have confirmed that a portion of their IT systems were encrypted following a cyberattack identified over the weekend. The company also revealed that sensitive information for both employees and customers was illicitly accessed, though they did not admit to what extent.

More than 235 million social media profiles belonging to several major platforms, which contained personally identifiable information including names, locations and contact data, were publicly exposed due to a misconfigured database. Social Data, an online data marketing broker, seems to be the owner of the data, though it is unclear how they obtained it since data scraping for profit is generally not tolerated by Facebook or other platforms. According to Social Data, the database was exposed for up to three hours after initially spotted. It remains unknown how long the data was accessible without authentication.

Brown-Forman, the parent company of many major liquor brands, recently fell victim to a ransomware attack that appears to be the work of the REvil ransomware authors. While the company was able to detect and thwart the attack before encryption, upwards of 1TB of highly sensitive internal information on employees, clients, and financial statements was stolen. Though no formal ransom was delivered, the attackers are likely to auction the data imminently.

Linux systems are on the lookout for a new infection that has been silently creating a botnet to employ ­­target machines as crypto miners. Since the start of the year, over 500 SSH servers have been infected around the world by a worm creating additional backdoors to allow attackers to return to the systems later. Due to the file-less nature of this infection, a simple reboot of the system can temporarily remove the malicious processes, but because the login credentials have already been exported the system can be quickly re-infected.

Several Canadian government websites connected to healthcare relief funds were breached with the intent to steal COVID-19 relief fund payments. Though only a small portion of the 12 million total accounts, 9,000 GCKey accounts were directly affected after being breached via credential-stuffing. Credential-stuffing uses brute force attacks with employs previously leaked credentials in the hopes victims use the same login info for multiple sites. Since the websites affected don’t use multi-factor authentication, the odds of a successful credential-related attack were increased.