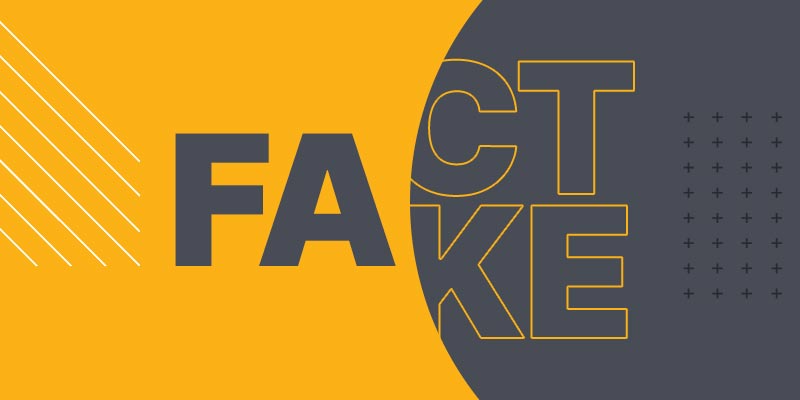 It’s Time to Talk Seriously About Deepfakes and Misinformation

Like many of the technologies we discuss on this blog—think phishing scams or chatbots—deepfakes aren’t necessarily new. They’re just getting a whole lot better. And that has scary implications for both private citizens and businesses alike.

The term “deepfakes,” coined by a Reddit user in 2017, was initially most often associated with pornography. A once highly trafficked and now banned subreddit was largely responsible for developing deepfakes into easily created and highly believable adult videos.

“This is no longer rocket science,” an AI researcher told Vice’s Motherboard in an early story on the problem of AI-assisted deepfakes being used to splice celebrities into pornographic videos.

The increasing ease with which deepfakes can be created also troubles Kelvin Murray, a senior threat researcher at Webroot.

“The advancements in getting machines to recognize and mimic faces, voices, accents, speech patterns and even music are accelerating at an alarming rate,” he says. “Deepfakes started out as a subreddit, but now there are tools that allow you to manipulate faces available right there on your smartphone.”

While creating deepfakes used to require good hardware and a sophisticated skillset, app stores are now overflowing with options creating them. In terms of technology, they’re simply a specific application of machine learning technology, says Murray.

There are several ways deepfakes threaten to redefine the way we live and conduct business online.

A stolen credit card can be cancelled. A stolen identity, especially when it’s a mimicked personal attribute, is much more difficult to recover. The hack of a firm dedicated to developing facial recognition technology, for instance, could be a devastating source of deepfakes.

“So many apps, sites and platforms host so many videos and recordings today. What happens when they get hacked? Will the breach of a social media platform allow a hacker to impersonate you,” asks Murray.

Businesses must be especially careful about the data they collect from customers or users, asking both if it’s necessary to collect and if it can be stored safely afterwards. If personal data must be collected, security must be a top priority, and not only for ethical reasons. Governments are starting to enact some strict regulations and doling out some stiff fines for data breaches.

Ultimately, Murray thinks those governments may need to weigh in more heavily on the threat of deepfakes as they become even more indistinguishable from reality.

“We’re not going to stop this technology. It’s here. But people need to have the discussion about where we’re heading. In the same way GDPR was created to protect people’s data, we’re going to need to have a similar conversation about deepfakes leading to a different kind of identity theft.”

Deepfakes as a cybersecurity threat to businesses

It’s important to note the ways in which deepfakes can be used to target businesses, not just to spoof individuals.

“These business-related instances aren’t too common yet,” says Murray. “But we’re at the beginning of a wave right now in terms of AI-enabled threats against businesses.

A late 2019 attack against a U.K. energy firm could be a sign of scary things to come. Rather than video, this attack took advantage of voice-spoofing technology to pose as an executive’s manager, insisting he wire nearly $250 thousand to a “supplier” immediately. In the aftermath of the scam, the victim reported being convinced by both the accent and the rhythm of the fake speech pattern.

To safeguard against what could be a rising attack method, Murray recommends businesses understand what deepfakes are capable of and follow best practices for avoiding fraud, no matter the technology.

“Have well-defined protocol for changing account details and signing off on any invoices,” he advises “Train financial and accounting teams especially rigorously on these protocols and encourage them to pick up the phone and double-check when anything seems strange or off. In these days of increased working from home it’s also tougher for financial staff to walk up to other finance or sales colleagues and make informal double checks.”

Soon after deepfakes went mainstream, implications for politics and the weaponization of misinformation became clear, prompting the U.S. Senate to address the issue in 2018.

While initially used to humiliate or extort people, mostly women, malicious actors began to see them as a way to sway public opinion or sow chaos. Deeptrace, a company dedicated to uncovering deepfakes, has noted instances where manipulated video was used to promote social discord and scandal across the globe.

“Deepfakes further undermine our ability to believe what we read, and now even watch, on the internet,” says Murray. This leads to widespread distrust, especially on issues where understanding is crucial, like the coronavirus pandemic, where misinformation is bountiful.

To combat misinformation, Murray advises to keep in mind how much of it is out there. Always consider the source of the information you’ve received before acting on it, especially if it makes you angry or elicits some other strong emotional response.

Deepfakes will likely make the internet even more difficult to rely on as a source of information in the years to come. But reducing their impact starts with understanding how far they’ve come and what they’re capable of.

To learn more on Deepfakes and misinformation, listen to the podcast.