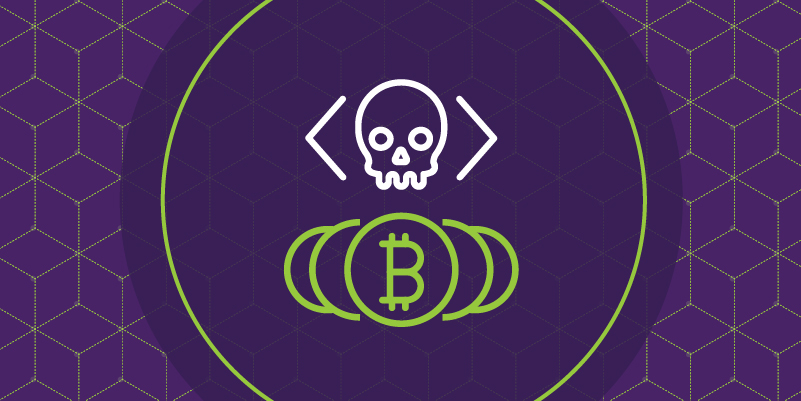 Is the Value of Bitcoin Tied to Ransomware Rates?

With investors currently bullish on Bitcoin, is its high value driving cybercriminals to pursue crypto-generating forms of cybercrime like ransomware and illicit miners?

At time of writing, the value of one Bitcoin is north of $58 thousand. Famously volatile, a crash is widely expected to accompany the current bubble, perhaps before the end of 2021. The reason for this volatility is at least partly attributed to an event known as “the halvening,” where the reward generating supply of the cryptocurrency is cut in half, simultaneously increasing demand.

At the same time, the average cost of a ransomware incident is also rising steeply. A study by Palo Alto Networks charted a growth rate of 171 percent in ransoms paid between 2019 and 2020, with the average cost now over $312 thousand. The steepest ransom doubled between 2015 and 2020, from $15 million to $30 million.

So, is it fair to argue that the two trends positively correlated? When the price of Bitcoin rises we should expect ransomware activity to rise with it? Not necessarily, says threat researcher and cryptocurrency expert Tyler Moffitt.

For one, Moffitt cautions it’s important to keep the relative values of U.S. dollars and the various cryptocurrencies in mind when comparing the cost of ransomware. Demanding $50 million in Monero last month for hacking the Taiwanese PC manufacturer Acer and demanding $10 million in Bitcoin for a hack last year will not have netted cybercriminals the same amount. Patient ones, at least.

“Ransomware actors can always grow their demands based on the value of the U.S. dollar,” says Moffitt. “But they have the added benefit of being able grow profits exponentially by riding the Bitcoin market.”

As could be expected with such a volatile asset, these swings sometimes happen quickly. Like when ransomware actors had Baltimore’s public schools between a rock and hard place with WannaCry. The price of Bitcoin had crashed in 2018, but as the ransom demand was on the desk of the city the price surged, sending the total value of the ransom up with it.

In a sense, it’s the volatility of Bitcoin that undermines any direct, positive relationship with ransomware rates. While it’s tempting to see today’s sky-high price and assume cybercriminals would rush to get their slice of that pie, they too know how markets work. It’s possible a ransom of Bitcoin this year could be worth far less next year. For ransomware actors, it’s better to ride out the market, treating their Bitcoin stash like a cybercrime savings plan for aging hackers.

“A lot of ransomware actors aren’t turning their Bitcoin into cash as soon as they get it,” says Moffitt. “Many of them live cheaply on the hope that the $200 million they made in their cybercrime careers will one day net them billions.”

Cryptojacking—the process of secretly hijacking a victim’s computing power to generate cryptocurrency—has a much simpler relationship with the value of various currencies. Because miners only collect their currency after doing the work (redirected CPU in this case), it’s only worth doing when values justify it.

“With cryptojacking, we do actually see an increase or decrease in the number of attacks based on its price. So right now, in a bull year when the price keeps rising, you’re going to earn more when you mine,” says Moffitt.

Browser-based cryptojacking uses scripts injected into the webserver, usually by exploiting an unpatched server or capitalizing on an out-of-date WordPress plugin, etc. Then any browser that visits that webpage will mine cryptocurrency using the viewers browser. This attack skyrocketed from its inception in 2017 into 2018.

A watershed moment in browser-based cryptojacking followed the great crypto-crash of 2018 mentioned above. At least according to their official statement, the drop in mining profitability caused the ostensibly-legitimate mining script company Coinhive to shut down in early 2019.

“The ‘crash’ of the crypto currency market, with the value of [Monero] depreciating over 85% in the last year,” was cited by the company as a reason for closing up shop, though some researchers doubt how much truth there is to that claim.

In reality, Coinhive scripts were used by cybercriminals to mine on unsuspecting users’ devices. Researchers at Cornell University discovered that 99 percent of the sites they found running malicious mining scripts were no longer running them following the shutdown of Coinhive.

Its authors concluded, “It became less attractive not only because Coinhive discontinued their service, but also because it became a less lucrative source of income for website owners. For most of the websites, ads are still more profitable than mining.”

Executable-based cryptojacking is when criminals leverage a breach on a machine, whether through phishing, exploits, RDP, and then drop a payload that on execution will use the machines resources to mine crypto. This attack was around before browser-based scripts and is still alive today. In fact, it’s the tactic seeing the most growth during cryptocurrency bull markets.

Monero, a favored cryptocurrency for miners based on its efficiency using consumer-grade devices, witnessed a rebound during this period. Over the course of 2020 and into 2021, the value rose from around $50 to around $250, perhaps explaining why Webroot found 8.9 million cryptojacking scripts in use in 2020.

In summary, both of these crypto-generating schemes require patience from their perpatraitors. When ransomware actors land a big payment from an extorted business, they may be forced to wait out market forces to maximize their earnings. For cryptojackers, profits trickle in over time. First they must determine whether they’re worth the effort and if they too want to play the long game with their take.