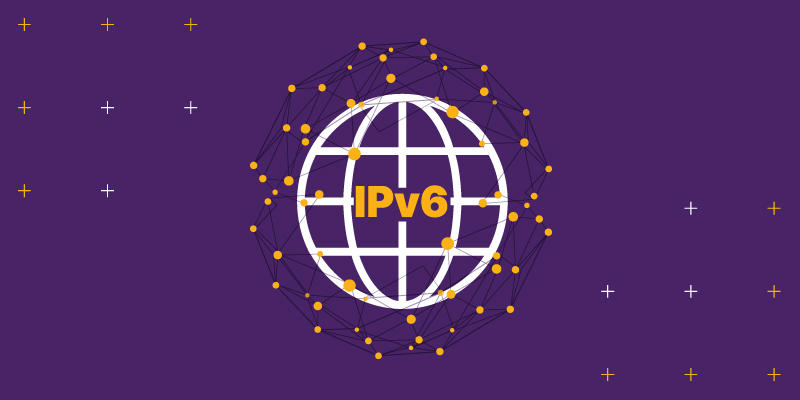 It’s Too Late for Threat Intelligence Vendors to Ignore IPv6

IPv6 has been a long time coming. Drafted by the Internet Engineering Task Force (ITEF) in 1998, it became an Internet Standard in 2017. Though the rollout of IPv6 addresses has proceeded at a glacial pace since then, adoption numbers continue to inch higher.

Worldwide IPv6 adoption, according to Google’s handy tracker, is around 33 percent. It’s higher in the United States, at just shy of 45 percent. The graph has been trending relentlessly up and to the right since the mid-2000s.

This increased adoption means more cyberattacks are originating from IPv6 addresses. That means security vendors and device manufacturers who rely on embedded threat intelligence should insist on visibility surrounding the successor to IPv4.

Why we needed IPv6

Since the late 1980s, the internet’s architects realized they were cruising toward a problem. IP addresses, those numbers assigned to every internet-connected device, or node, were designed to contain 32 bits. That made for just under 4.3 billion possible number combinations under the IPv4 system. It was apparent even thirty years ago that these possibilities would be exhausted.

That day came in February 2011, met with a dramatic announcement by the Internet Corporation for Assigned Names and Numbers. Its opening line reads, “A critical point in the history of the Internet was reached today with the allocation of the last remaining IPv4 (Internet Protocol version 4) addresses.”

It seemed like the end of an era. But it wasn’t really one at all. IP addresses are frequently recycled, reallocated and many millions were never used at all. There’s even a famous story about Stanford University giving back a block of millions of unused IPv4 addresses. That helps explain why we’ve gotten so far from the adoption of IPv6 as an Internet Standard to majority adoption.

On the other hand, IPv6 is based on 128-bit encryption. This allows for a whopping 3.4 x 1038 permutations, or roughly 340 trillion trillion trillion. So, while the day may come when we need to revisit the IP system, that day is unlikely to be soon and it almost certainly won’t be because we’ve run out of assignable options.

By the way…whatever happened IPv5? Didn’t we skip a number? Well, it did exist, but was never officially adopted because it used the same 32-bit architecture as its predecessor. Begun as an experimental method for transferring streaming voice and video data, IPv5 lives on through its successor, voice over IP (VoIP).

Hackers tend to set their sites on new targets only when they become worthy of their attention. The same goes for IPv6. As the rest of the internet pursues its perfectly logical reasons for making the migration, increasing numbers of cybercriminals are looking to exploit it. As IPv6 adoption becomes more prevalent, threat actors are increasingly using its addresses as an attack vector.

If threat intelligence feeds haven’t prepared to analyze IPv6 addresses, they’re faced with big black holes in their data sets. As we’ve seen in recent attacks, the ability to monitor anomalous web traffic is key to detecting a breach. So, in addition to having visibility into the threat status of an IP, it’s also critical to have location data and be able to cross-reference its activities with known malicious ones.

Device manufacturers, too, should look to account for accelerated IPv6 adoption when it comes to securing their products. This is especially true for IoT devices. Not typically armed with the highest security measures to start with, they now face the additional threat of an intelligence blind spot if the manufacturer makes no effort to analyze IPv6 addresses.

As internet-connected nodes in the form of IoT devices continue to proliferate, millions of new IPs will be needed. IPv6 will thankfully be more than up to the task of accommodating them, but manufacturers should make sure their devices are designed with the capabilities to analyze them.

IPv6 may have been a long time coming, but it’s too late in the game to ignore. When it’s time to choose a threat intelligence partner, choose one that’s prepared.