In a series of blog posts, we’ve highlighted the ongoing commoditization of hacked/compromised/stolen account data (user names and passwords), the direct result of today’s efficiency-oriented cybercrime ecosystem, the increasing availability of sophisticated commercial/leaked DIY undetectable malware generating tools, malware-infected hosts as a service, log files on demand services, as well as basic data mining concepts applied on behalf of the operator of a particular botnet. What are cybercriminals up to these days in terms of obtaining such type of data? Monetization through penetration pricing on their way to achieve stolen asset liquidity, so hosts can be sold before its owner becomes aware of the compromise, thereby diminishing its value to zero.

Sample screenshot of the inventory of the service: 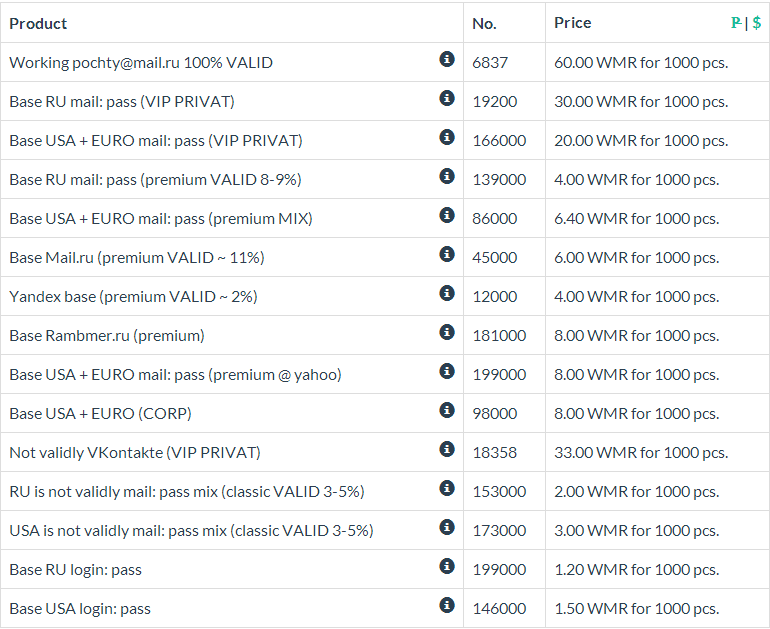 The prices are as follows:

The service is also offering a discount for orders beyond 3,000,000 hacked/compromised accounts, which in this case are offered for $70 for “every other million”. This underground market proposition is a great example of several rather prolific ‘common sense’ monetization tactics applied by a decent percentage of cybercriminals who are attempting to monetize their fraudulently obtained assets:

We expect to continue witnessing the commoditization of hacked/stolen accounting data, with more similar propositions eventually popping up on our radars.