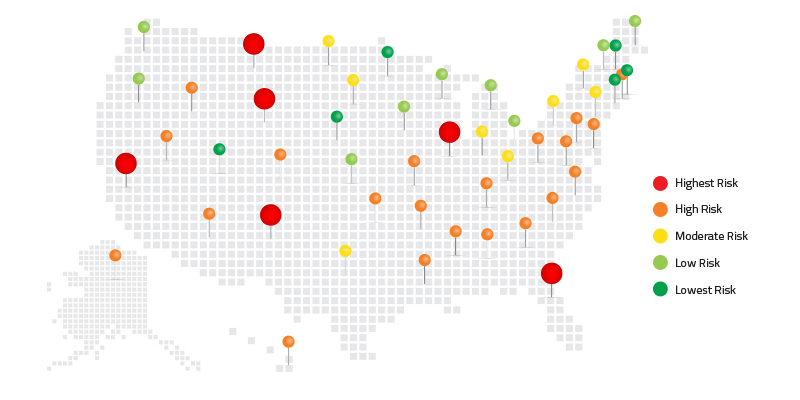 American Cybercrime: The Riskiest States in 2018

That’s right; something as basic as installing internet security software (which we all know we’re supposed to use) is completely ignored by about half the US. You’d be amazed how common this and other risky online behaviors are. We did a survey of people’s internet habits across the United States, and the numbers aren’t pretty.

For reference, some very common (and very risky) online behaviors include: 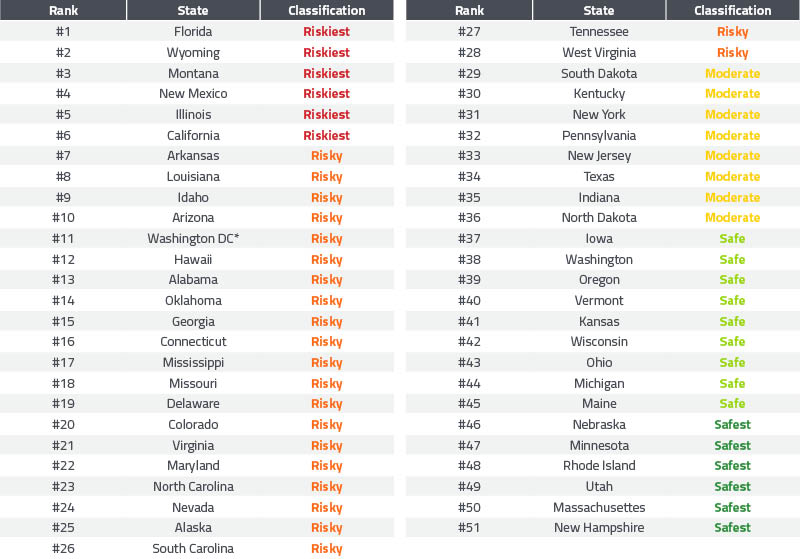 When you engage practice poor cyber hygiene, you’re not just running the risk of getting infected or losing a few files.

In our research, we asked respondents who had suffered identity theft, “what were the main consequences of the identity theft incident?” Some of the self-reported fall-out was both surprising and tragic, including responses like divorced spouse, bankruptcy, failed to obtain mortgage, had to get second job, had to sell house, increased alcohol consumption, delayed retirement, and diminished physical health.

When we consider that identity theft can mean such devastating consequences as divorce, bankruptcy, and even damage to our health, it becomes clear just how important good cyber hygiene really is.

What the Riskiest States are Doing Wrong

What the Safest States are Doing Right

The 5 safest states had many behaviors in common that kept them ahead of the malware curve.

The Role of Demographics and additional findings

Given Florida’s reputation as a retirement hotspot, we wanted to point out that 50 percent of Florida’s respondents in our study were age 30 or below, and the national average of respondents aged 30 or below was 47 percent. This means age demographics in our survey were consistent throughout all 50 states and D.C. and our responses actually skew younger rather than older.

How to Increase Your Personal Cyber Hygiene Score (It’s not too late!)

Here’s a quick to-do list that will help keep you safe from malware, identity theft, and other online risks. It’s not as hard as you might think.

There are a lot of risks out there, and as an internet user, you have a responsibility to use good judgement when you work, bank, shop, browse, and take other actions online. But by following these easy tips, you can dramatically change your cyber hygiene score, and reduce your risk of falling victim to cybercrime.

Update 8/15/18: The cyber hygiene survey previously embedded in this blog is now closed.